“You are not me, so how can you know I don't know what fish enjoy.” Zhuang Zhou was an influential Chinese philosopher. One day, Zhuang Zhou dreamed of being a butterfly, floating in the wind, flying and came to the Fate of the Empress. A powerful UR Support, Zhuang Zhou, is coming to the palace! Follow Meixin to get to know this incredibly capable and competent hero!

Zhuang Zhou is a UR Gourmet who has effective healing and protecting skills. He can provide healing, DMG RES and shield protection for several allies in the battle. Save allies in the nick of time, he is the guarantee of team sustained damage. 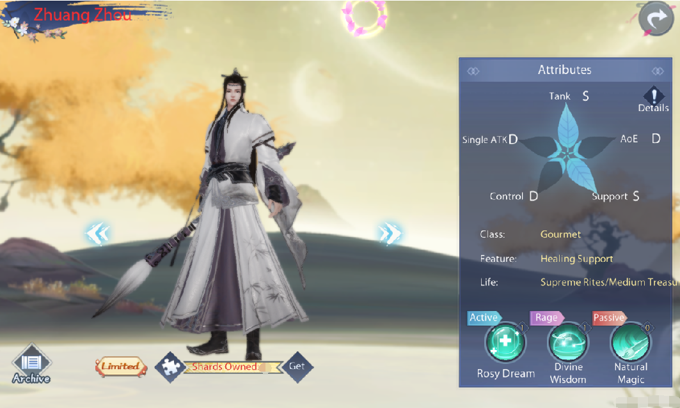 Restore HP of a certain percentage of Zhuang Zhou's HP for 2 allies with the lowest HP. 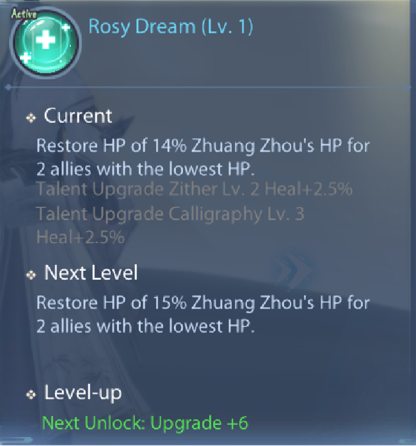 Skill Analysis: It is a targeted healing skill that ensures the survivability of the heroes with the lowest HP. It can save the dying allies at critical moments and ensure the damage to enemies. 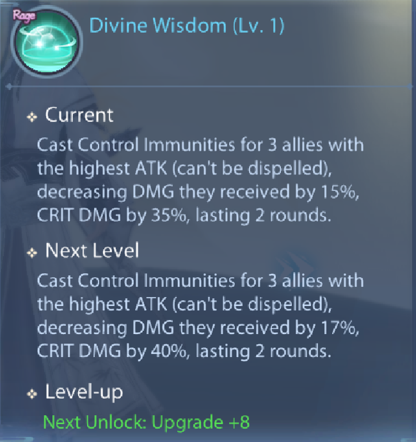 Skill Analysis: An important skill to provide Control Immunities and DMG RES. Ensures that the core heroes are immune to the enemy's control and also reduces damage from the enemy. It is definitely a reliable double protective skill!

Cast a shield absorbing DMG of a certain percentage of Zhuang Zhou for 3 allies every 2 rounds. (When the shield is broken, DMG is reflected to the shield breaker) 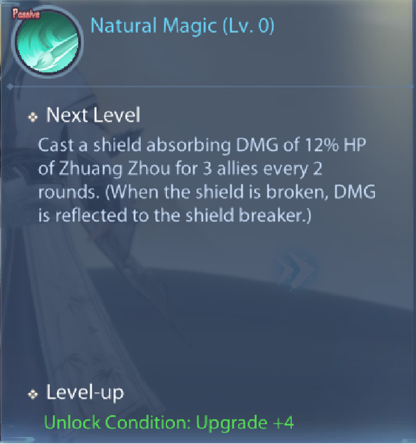 Skill Analysis: The strongest Passive Skill on the earth! Cast shield protection to allies to directly resist a round of enemies’ damage. The shield not only has a strong defensive effect but also can reflect the damage to the shield breaker. So imagine the enemy attack and break the three shields of allies, that is fatal reflective damage!

Zhuang Zhou's high AGI allows him to release the Active and Rage Skills first to ensure allies' DMG dealing and survivability. The HP cap will directly affect the healing and shield value of his skill effects. DEF and DMG RES gems ensure Zhuang Zhou's survivability, which allows him to provide protection for allies more consistently and become an all-around support hero!

Such a powerful hero can be fitted to almost any team! If you have any special understanding and ideas about Zhuang Zhou, please come to our official Facebook or Discord to share and discuss with us~ 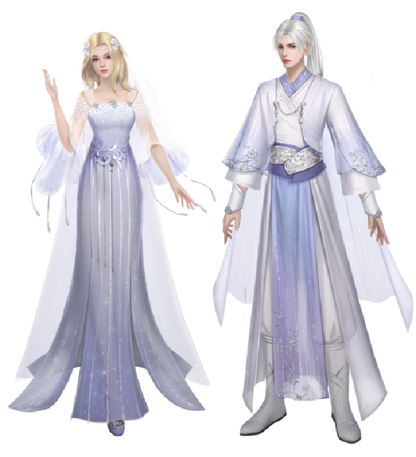 That's all for today. See you next time!