Look who's here! A tragic hero in Chinese history, Jing Ke, is coming to Fate of the Empress. There is no doubt that he can become your right-hand man and experience the palace life together~ Let's get to know him better today!

Jing Ke became a powerful UR Guard in the palace, who not only provides mighty single-target DMG but also has the extraordinary self-protection skill to make himself survive on the battlefield. Meixin believes he is an unbeatable choice for you~ 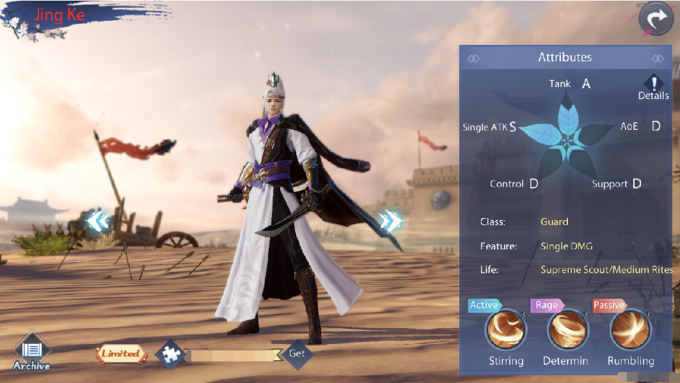 Stirring Strains: Deal DMG to a single enemy 3 times, ignoring a certain percentage of DEF during this ATK.

Determined Mind: Deal DMG to the enemy with the lowest HP 4 times. Increase the DMG when enemy HP is lower than 50%.

Rumbling Sound: Immune to all DMG taken in the first 2 rounds (Can't be dispelled).

Meixin recommends inlaying the ATK/CRIT/DMG Buff/EVA gems into the gears of Jing Ke.

As a Guard, Jing Ke must not only act as a single DMG output in the battle but also undertake a certain amount of DMG from the enemy. The ATK, CRIT and DMG Buff gems further allow Jing Ke's skills to deal more damage to the enemy, while the EVA gem, greatly enhances his survivability during the battle. 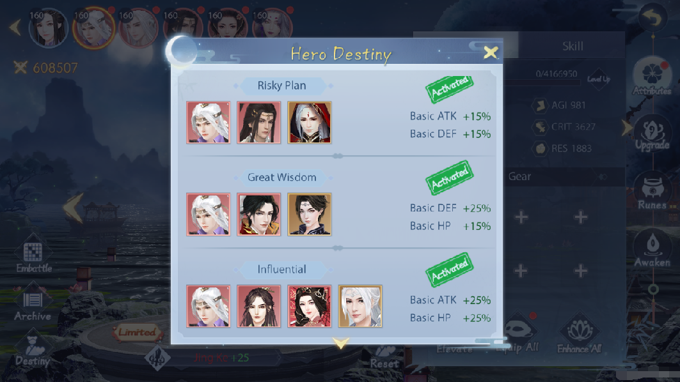 This is the introduction of the newest UR Hero, Jing Ke~ Come share your thoughts with us on our official Facebook page or Discord!