How much have you learned about Lotus Fairy and her past in the previous Dream in Lotus Event? She must have impressed you a lot! Now, Lotus Fairy is coming to Fate of the Empress as a hero! Follow Meixin and get to know her litter better~ 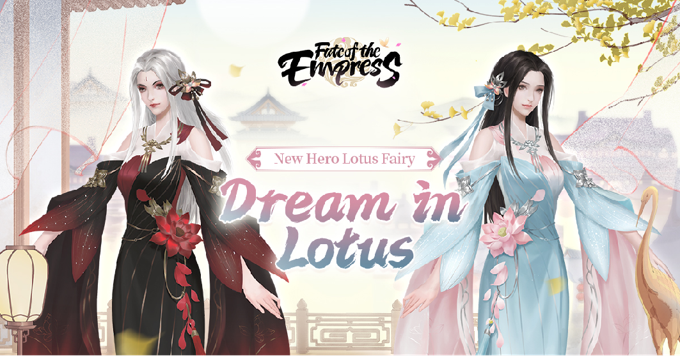 As a UR Doctor, the skills of Lotus Fairy can cause considerable group DMG, and with poisoning, stunning and confusion effects. Are you already a bit excited? Don't be anxious, let's take a look at her skill information together! 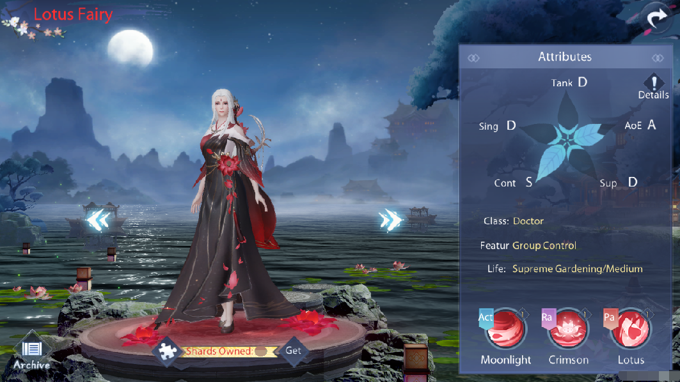 Crimson Lotus: Deal DMG to 3 enemies. Have a chance to deal Poison DMG, lasting 1 round.

Lotus Dreams: Rage Skills have a chance (Immune to ACC) to stun or confuse the enemies (Indiscriminate Attack).

Meixin recommends inlaying the AGI/ACC/ATK/CRIT gems into the gears of Lotus Fairy.

As a Doctor who combines group DMG and Control, Lotus Fairy's AGI attribute can improve her skill sequence priority, and accumulate Rage and control enemies as soon as possible. The ACC gem allows Lotus Fairy's control effects to have a higher probability of triggering, forming a continuous control on targets. ATK and CRIT gems further enhance her skills damage. 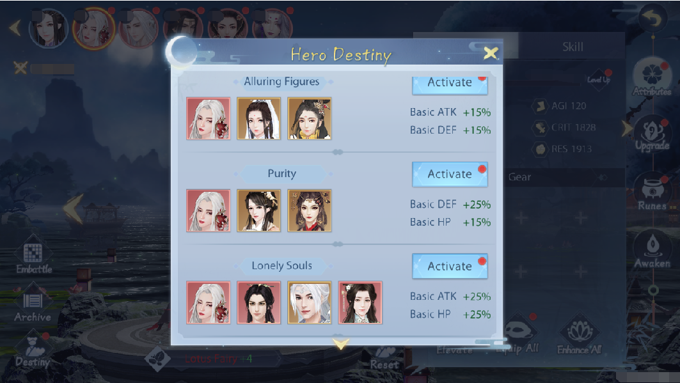 That's all Meixin knows about the latest UR Doctor, Lotus Fairy. Wouldn't you rather have her as your hero than as an enemy? Come share your ideas on our official Facebook page or Discord~